Monday 31 of December
Best n Worst 2018
The Bands with no country mark "(UK)" is Swedish.
Sorry in Swedish only

Bästa svenska AlbumTopper, Smash It Up

Sorry in Swedish only

Bästa liveaktRancid (US), Interrupters (US)

Runners up
Blade Runner 2049, Ghost in the Shell, Valerian

Sorry in Swedish only

Årets Album
Interrupters - Say It Out Loud (US)

"A irritating issue however is that the punk nostalgia is taking over the scene. New bands, young bands are not given a chance. The "it was better back in the Days" mentallity is the new trend. And I fear it will increase next year. "

Did it happened? Hell yes!
I stayed out of most of it.
Stayed out of a lot of other stuff because of personal reasons. To me it was a tuff year, it was hell. But I hanged in there and I'm still standing. A bit shaken, a bit stired, but still standing. The good part was to find out who my real friends are. Cheers brohers and sisters!
But the year was a shithole for many people in my suroundings, many who suffered from bad living or their loved ones turning into idiots. To bad.
On the Rock n Roll scene the the biggest loss was the physical death by mr Motörhead, Lemmy. In the end he was killed by death. His body died, not his spirit or legacy.
A tremendous loss for all punks, metalheads and rockers everywhere. And to make the loss even worse, Motörheads last album (2015) was as good as their classics 70 - early 80ies albums.

I choosed to cut down on the number of gigs to attend to, and concentrating on follow two bands. Topper and Fuck Frankie. Topper i followed parts of their German tour as well as gigs around Sweden.
And did direct their first and second video.
In the Fuck Frankie video I was in front of the camera for once. It was as fun.
Both the band made brilliant performances at the new and amazing punk festival Tyrolen Punk at Tyrolen in the middle of  nowhere in the rural part of southern Sweden. Alvesta, find that on the map if you can.
The line up of great bands was amazing. Possible the best of Swedish punk ever.
What a weekend!
Unfortionately it will not occure next year, possible 2017, hopefully.

I followed the making of Toppers new album and the release of it, the third album, Get in the line. Well I was a bit involved with the non musical part of it. So brilliant produced by Ulf Rockis Ivarsson. In between he also produced Punk icon Joakim Thåström's new album, or was it the opposit? :-). A great album as well, but not punk. Thåström still oppose the nostalgia of the punk business and the reforming of Ebba Grön. Hail to that!

Whats in it for 2016, I don't really care about. Still trying to lick the wounds of a pretty shitty year.

All bands are from Sweden exept where noted


BEST GIG
A lot of bands at Tyrolen punk. Hard to pick one better than the rest.

NOTABLE, both records are from AMTY records as well as they hold Headons and The Liptones as well. So I guess that makes them the RECORD COMPANY of the year.


MOST OVERATED
The revivals of KSMB and The Leather Nun


WORST DISSAPOINTMENT
Billy Idols pathetic excuse of  whatever he tried to do at Gröna Lund.


WORST LET DOqyWN
Someone I loved.


WORST FUCK UP
The collapse of the Swedish decency in the refugee situation and the rise of swedish far right.
Posted by P.E.R at 1:05 PM No comments:

R I P Lemmy, your legacy can't be understood by any mortal

The singer with the brutal voice and as a bassplayer with the distorted bass is mourned by a whole world today.
His legacy on Rock n Roll, Hard Rock, Punk, Metal and Space Rock can't be understood by any mortal.

I doubt that the Exploited and Oi! music would have hit me so hard if it wasn't for his life work, Motörhead. The band was the perfect link between the Sex Pistols and the Exploited.
No one I had heard so far sounded like Lemmy.

The band brough unity between hard rockers and punks when there was a great divide between us.

They inspired generations, ten thousands of bands. It is beyond what can be understood by any of us.

And still so humble and down to earth.

A great Rock n roll warrior have moved on. Not dead, not gone, just moved to where he can join a band with Johnny Thunders, all of the Ramones, Philthy Animal and maybe be able to teach Sid Vicious how to play the bass.

When North Ireland punk band broke in the late seventies, Belfast was a terror bomb city. Now they prove that the guitar will fight the sword. Their words will win over the bombs.
Therefor SLF will play in Paris when all other acts cancel.

Most notable is U2, that had an opportunity to make a differece. To show the coward bastards behind the attack of Eagles of Death Metal concert last friday that we wont back down to their ignorence and terror. read more.
http://observer.com/2015/11/cancelling-paris-concerts-after-attacks-was-the-biggest-mistake-of-u2s-career/
Posted by P.E.R at 11:11 AM No comments:

Tyrolen Punk! in pictures, some folks 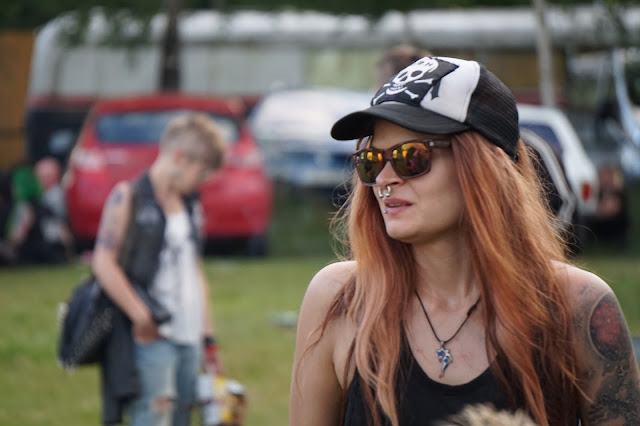 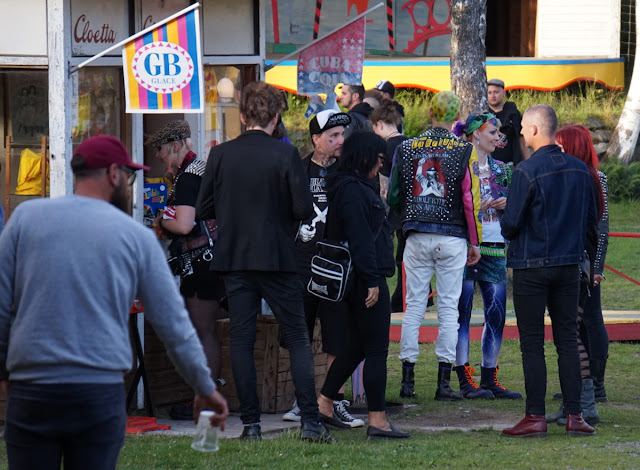 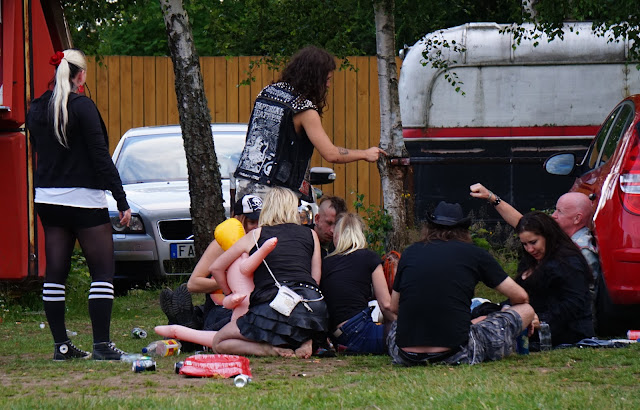 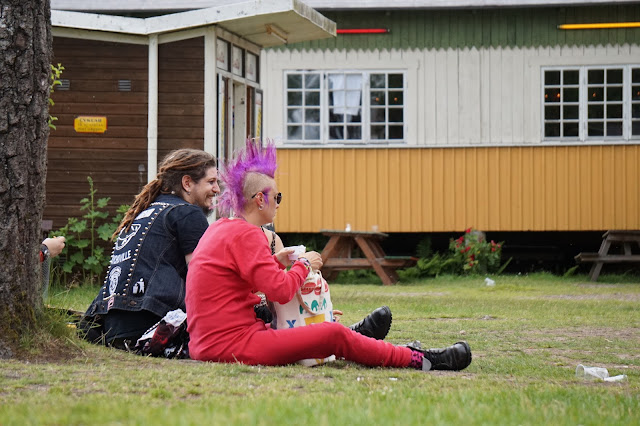 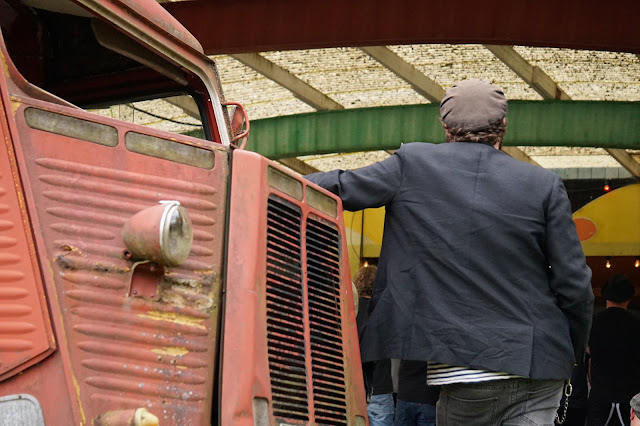 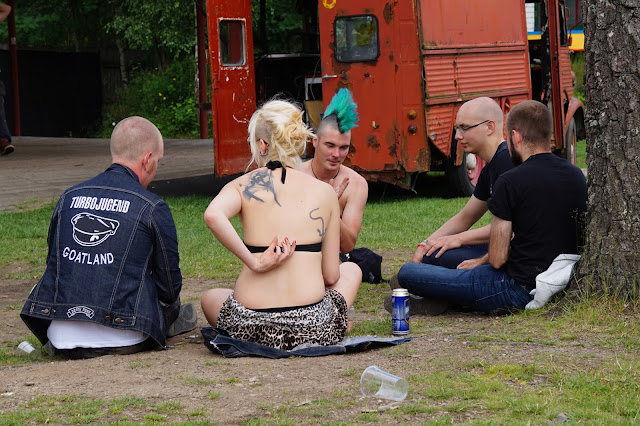 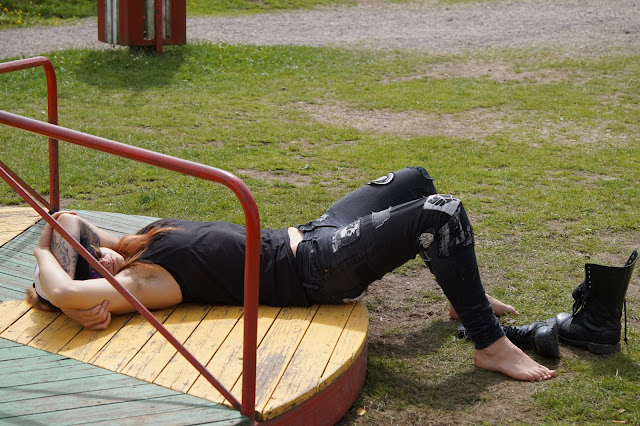 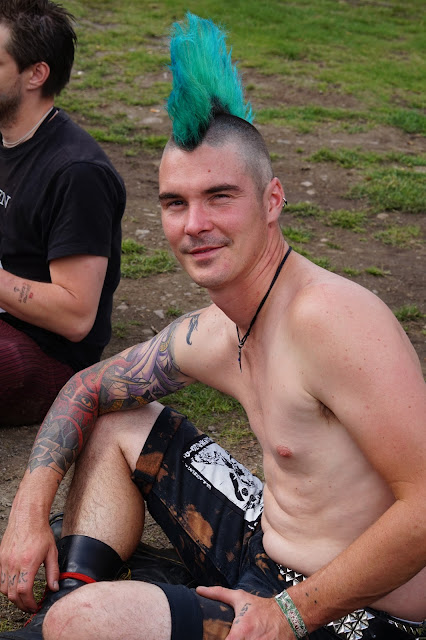 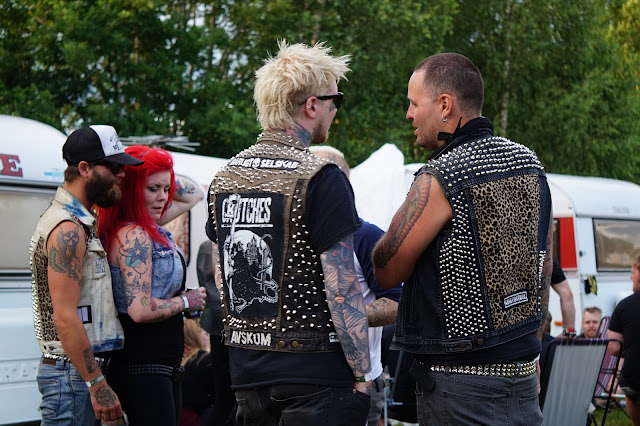 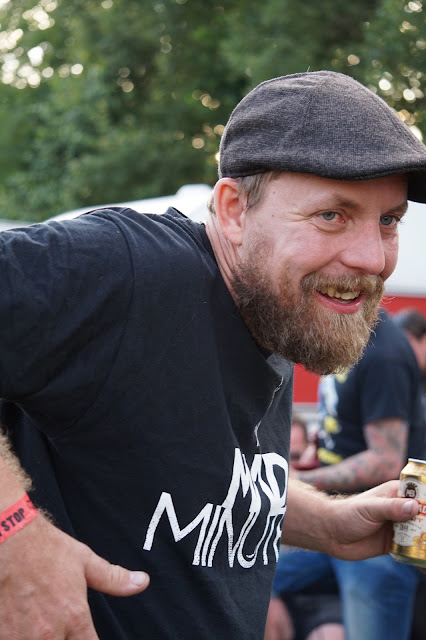 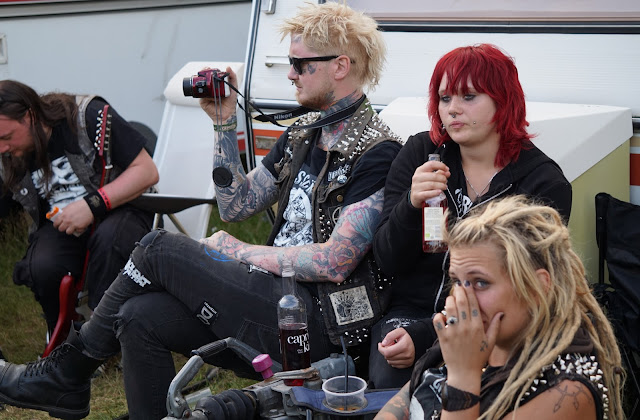 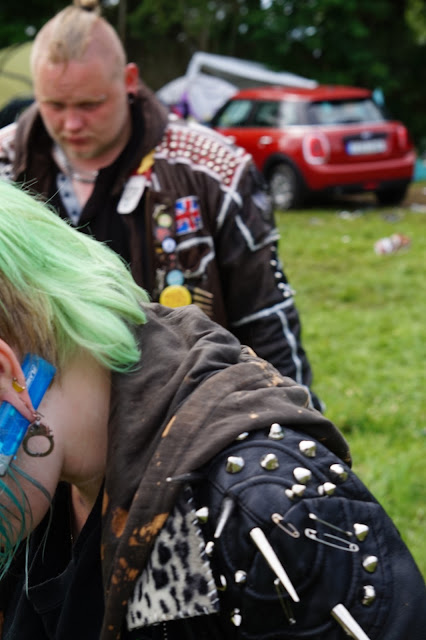 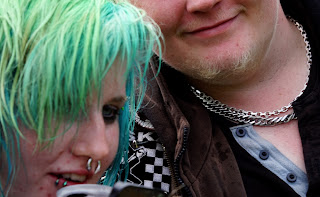 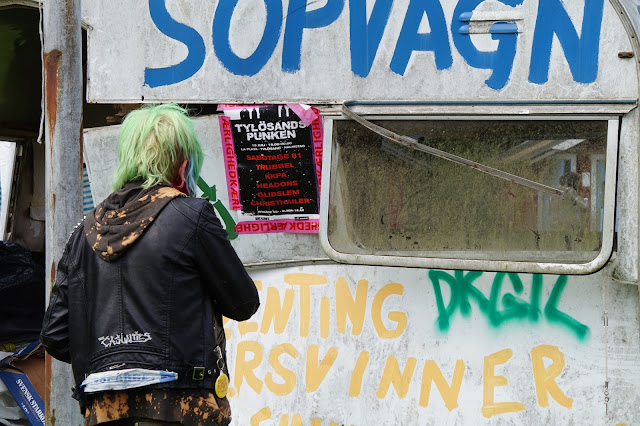 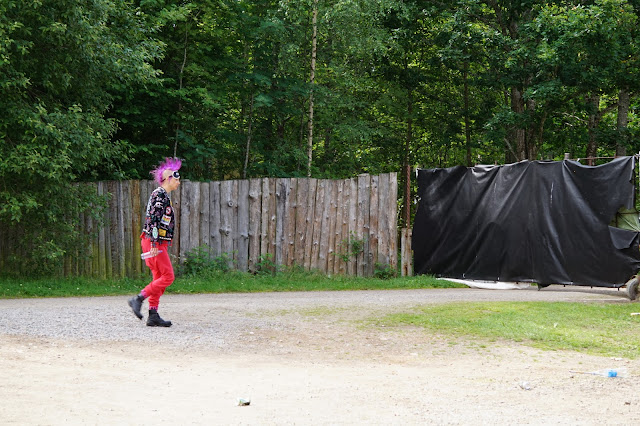 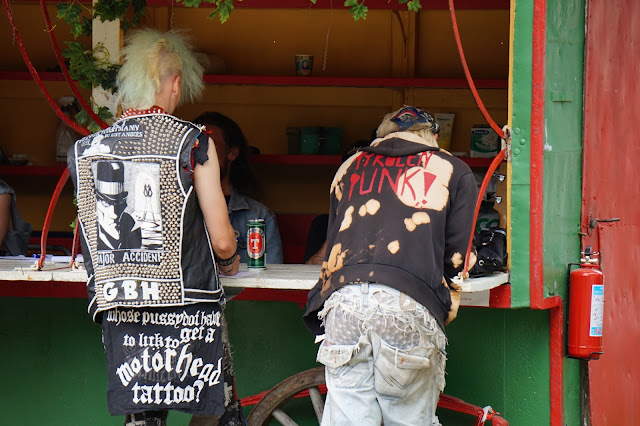 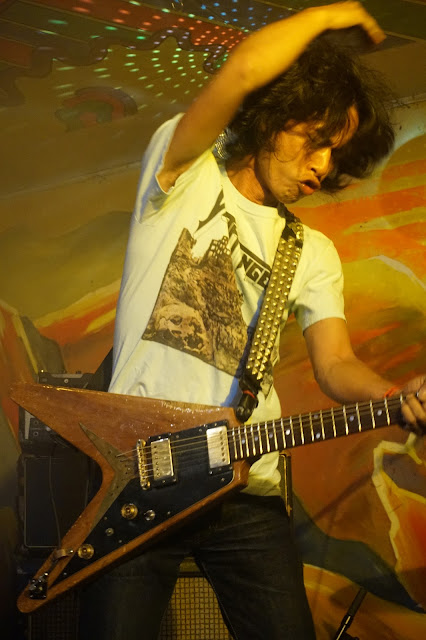 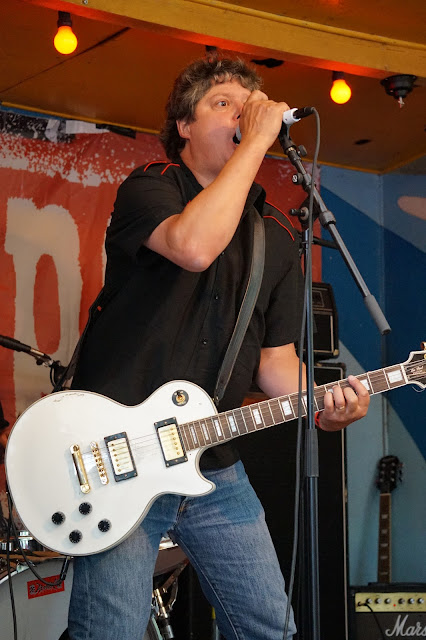 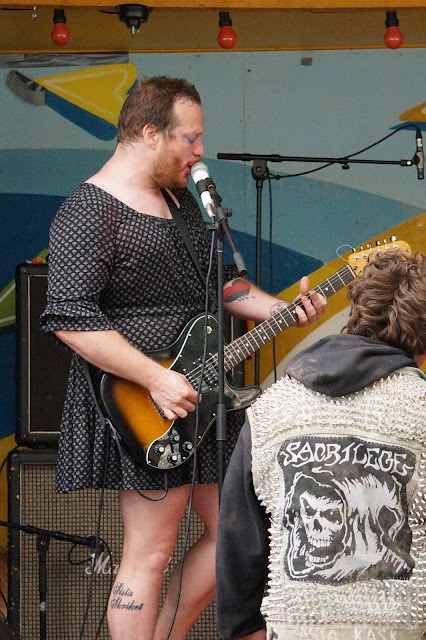 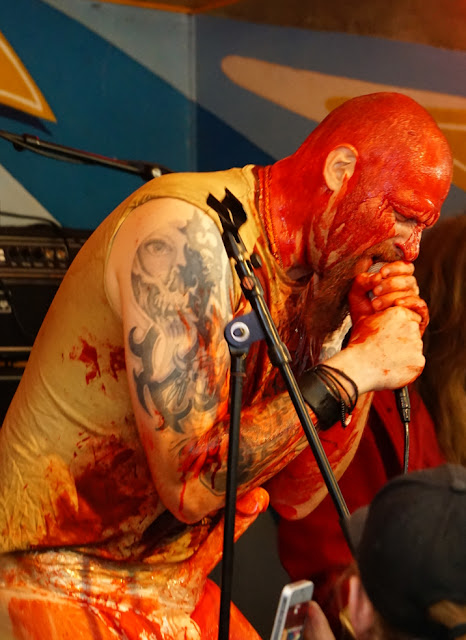 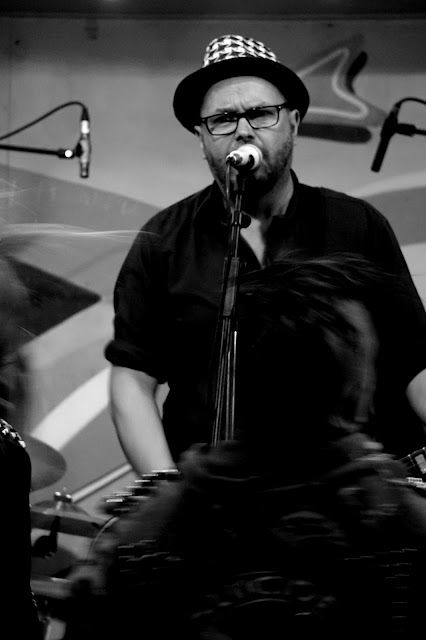 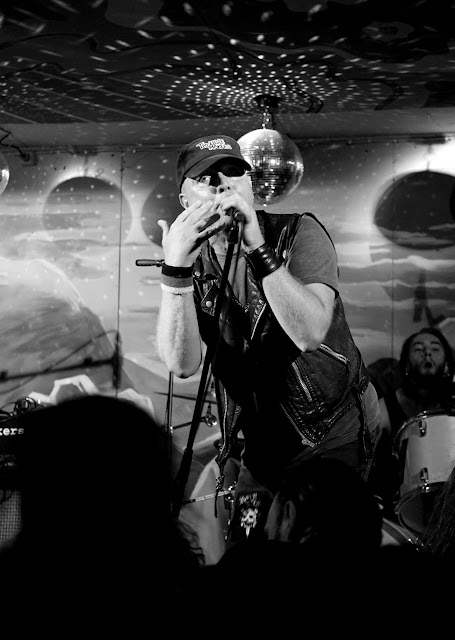 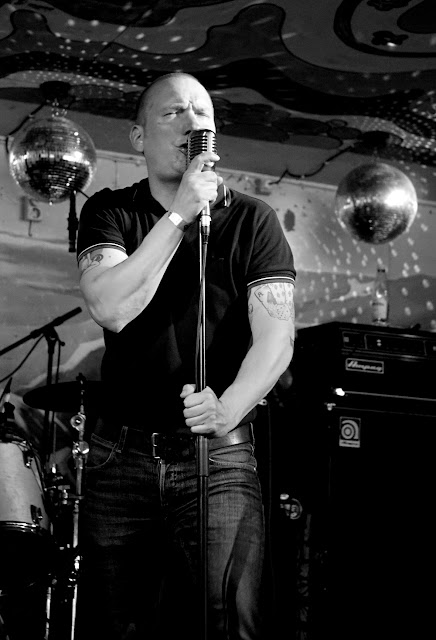 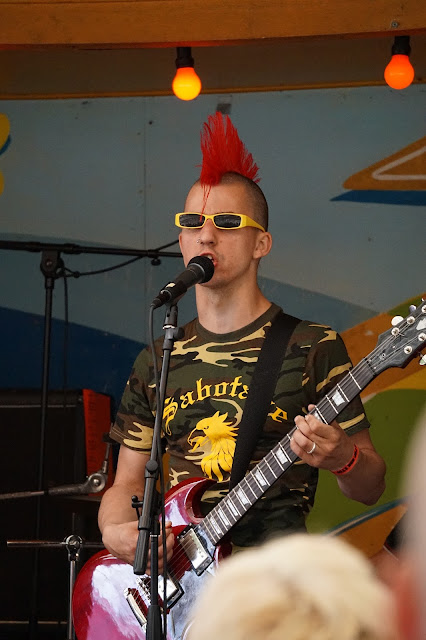 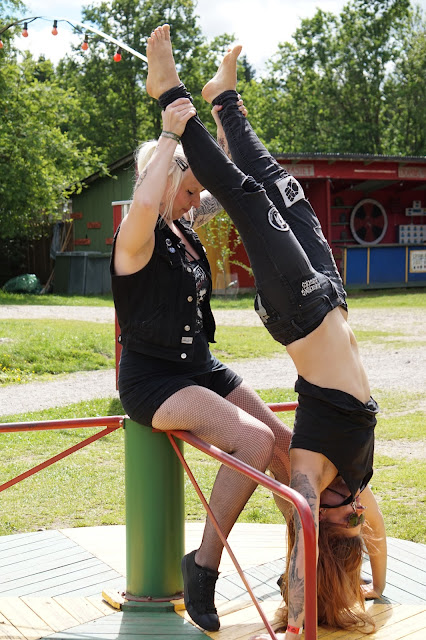 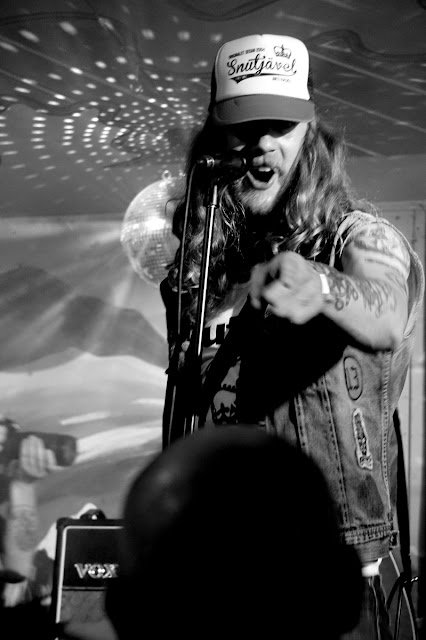